Want to stay up to date with exciting news about our products, new features, events, offers and other relevant info? Sign up for our newsletter!
Don’t miss our news! Subscribe to our social networks

2015-02-05
After her recent success at ISAF Sailing World Cup in Abu Dhabi, Olympic windsurfer Blanca Manchón (Nautic Club Sevilla, Nike) is using SmartCoach to assess her performance while training for Rio 2016. The wind of progress is blowing strong at her training center in Sevilla, Training For gold. Way to go, Blanca! 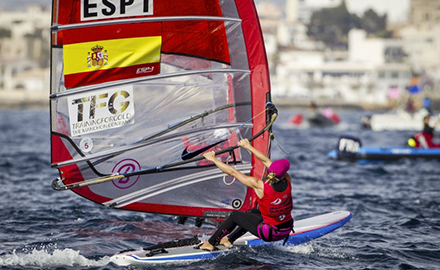 2015-02-02
Iberian Sportech, leader distributor of cutting-edge technology in sports including SmartCoach and Exentrix products and organizer of training courses, workshops and events in advanced training and performance analysis, is now online with its flaming new website www.iberiansportech.com. Check it out! 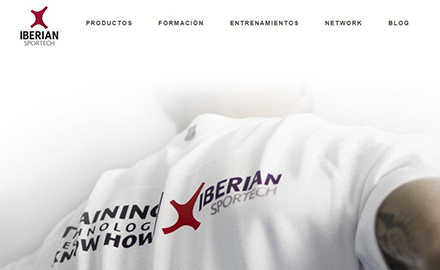 Swimming with the best

2015-01-07
We couldn’t start the new year in a better way! Tuning the Hydro, a dedicated version of Exentrix specifically designed for assisted/resistive/hyperspeed training of swimmers at the prestigious Centro de Alto Rendimiento (high performance training center) – CAR at 2300 m of altitude in Sierra Nevada, Spain 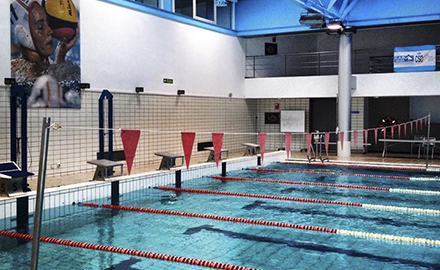 2014-12-19
Technical development is worth nothing without sharing knowledge and science! As sponsors of the Master of Football at University Pablo de Olavide, Sevilla, we attended the prestigious 3rd International Congress on Team Sports (ICTS). Next events: workshops at the University of Jaén and Universidad Complutense of Madrid. Make sure you don’t miss our next events! For more information: info@iberiansportech.com 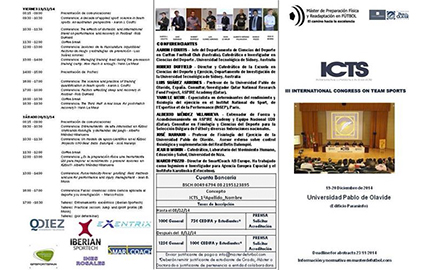 2014-12-01
Interesting article by Marco Pozzo on the last issue of “Il Nuovo Calcio”, reviewing the technology for eccentric flywheel training and the latest avenues of intelligent, active training devices (Exentrix). Don’t miss the January issue of “Scienza & Sport” for the extended version of the article! 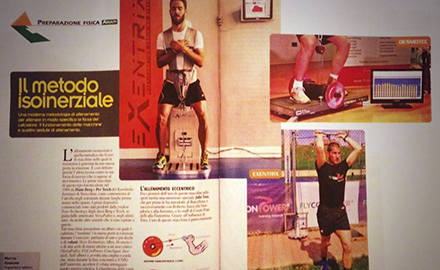 Workshop on eccentric training in Granada

2014-11-15
SmartCoach and Iberian Sportech attended the congress of the Andalucian Society of Medicine and Sport in Granada. We hope you didn’t miss the hands-on workshop on eccentric training held by Prof. Francisco Javier Nuñez Sanchez, with practical demonstration of Exentrix and its new mixed flywheel/isokinetic mode and speed overload option! 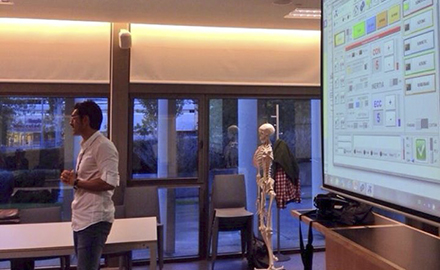 2014-10-11
Yet another novel feature in Exentrix: mixed InerKinetic training mode, combining isoinertial (flywheel) training in the concentric phase and isokinetic in eccentric, to maximize eccentric overload at controlled speed. Plus, speed boost option for flywheel mode to attain higher speed in ECC than CON and a unique speed overload 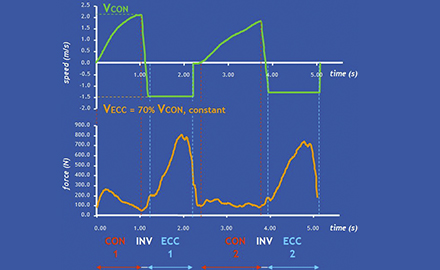 2014-07-03
The new SmartCoach software 5.0 is out! It features loads of new functions including: feedback and analysis on propulsive phase, imbalance assessment, tracking of pain/fatigue scores, variable-profile feedback, raw data feedback option, grouped Excel data export, connectivity to Exentrix and much, much more!
Also, the software is now modular: functions are grouped in modules which can be purchased separately or in several preset configurations for different customer profiles. Why paying more than just what you need? 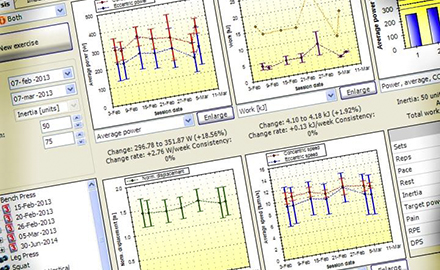 2014-05-29
SmartCoach products and our novel Exentrix training device are particularly appreciated in Spain and in the Latin countries. We could not ignore the many requests to translate our web in Spanish, and here it is: our Latin customers can read about our products in their own language. We are deeply grateful to our language consultant Marta Gonzáles Marruecos for her excellent job. ¡Español en la Red! 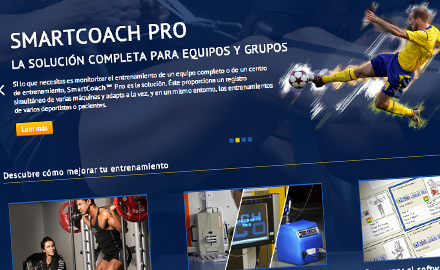 2013-12-06
When training with Exentrix, exercise data (power, speed, force, etc) is now sent automatically to SmartCoach software for analysis and reporting! No more guessing! Also, the remote coaching function allows sending and retrieving Exentrix data from the SmartCoach Cloud, from anywhere in the world! 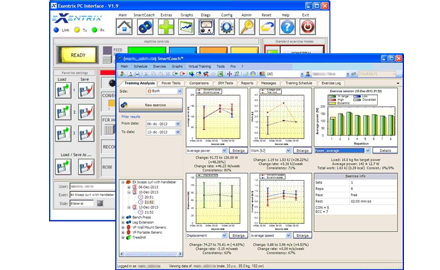 Profile your feedback on SmartCoach

2013-11-22
New amazing feature soon available on SmartCoach software: feedback with variable target, to train athletes in fine power control between repetitions. Comes with an editor to define the target pattern, and is available for weight, kBox and VersaPulley exercises. 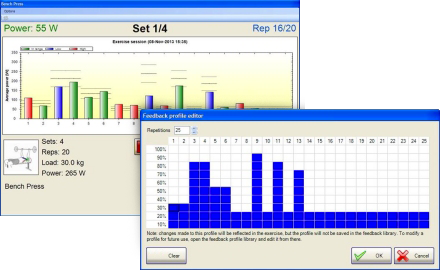 2013-11-19
Changing parameters between sets became even easier in SmartCoach! The new "chained sets" option lets you define consecutive sets with different parameters for each. A set of wizards allows creating series with alternate sides, increasing or decreasing load and/or repetitions, and more. To be released soon, stay tuned! 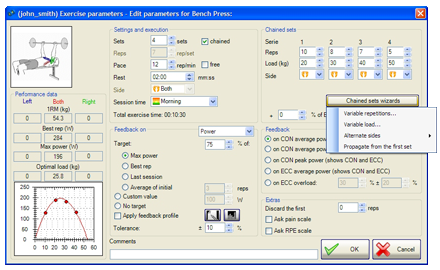 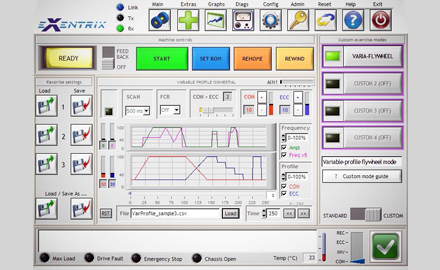 2013-06-21
New radio indentification cards for SmartCoach Pro systems! They are a practical and cost-effective alternative to wristbands, and work in the same way: by approaching the card to the Pad, the athlete is recognized and his training schedule is shown.

Cards can also be printed with a customized logo upon minimum purchase quantity. 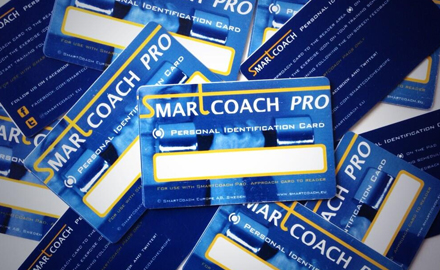 
The new Exentrix Multi is out! With integrated electronics, it does no longer need the external control unit, making it even more compact, lightweight and portable. It has an input for an external sensor (such as a joint angle goniometer, load cell, force platform, etc), and an optional, external expansion box with four analog/digital inputs and four outputs. 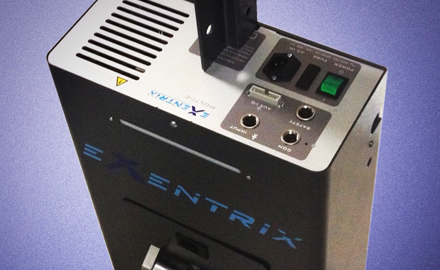 2013-05-09
We will be present at the Conference of the European College of Sport Sciences (ECSS) in Barcelona, June 26-29.
Visit us at booth #91 together with Iberian Sportech, Exxentric kBox and VersaPulley, and learn more about our new SmartCoach Pro, SmartCoach Lite, and our revolutionary Exentrix training device! 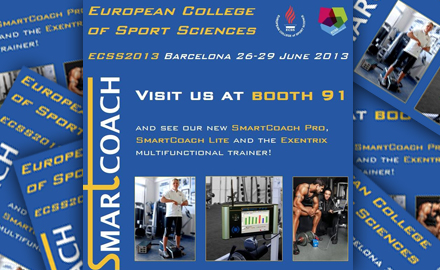 Athlete International plowing road in the US

2013-05-01
Athlete International, an US company specialized in training consultancy for top athletes and teams, has joined the SmartCoach community to distribute our products in the US by the end of 2013. Its founder Paul Cater, strength coach of Baltimore Orioles and former coach of rugby’s London Wasps, has years of experience in innovative training metodologies. More info coming soon! 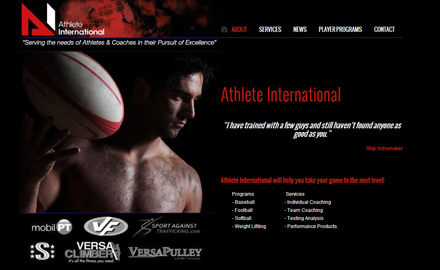 2013-04-25
Together with Iberian Sportech and Qdiez training center (thanks for the help, guys!) we are building a new library of exercises for VersaPulley inertial training devices, of course compatible with the entire SmartCoach product line.

Stay tuned for a software update in June 2013! 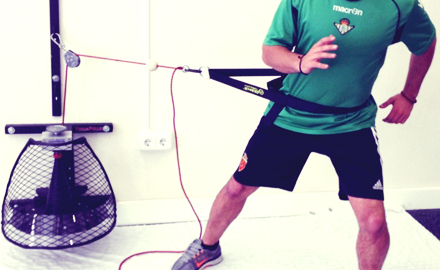 2013-04-15
The SmartCoach Pad can now also be used as an user-friendly, compact touchscreen interface for Exentrix. At start-up, you can choose if using it for a SmartCoach Pro environment or with Exentrix. Even more practical and more value for the money! 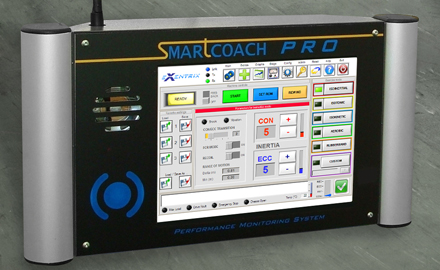 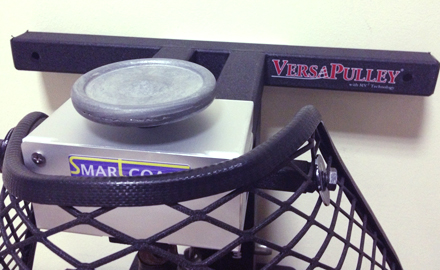 Djurgårdens IF, smart and exxentric

2013-03-31
Djurgårdens IF is one of the Swedish sport clubs with the longest and finest history. The club resides in the capital of Sweden and their tagline “The pride of Stockholm” isn’t for nothing.
Their soccer team, that plays in the Swedish premier league (Allsvenskan), has brought up a number of national and international soccer stars. They lately acquired acquired a number of kBox flywheel training devices and a SmartCoach system to monitor their eccentric training sessions.
Click here to see the full interview! 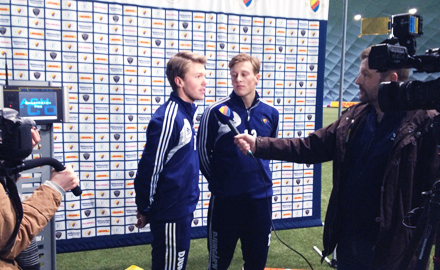 2013-03-15
The Swedish School of Sport and Health Sciences (Gymnastik- och idrottshögskolan, GIH), Europe's oldest and most prestigious Faculty of motor sciences, has been the cradle of modern physiology with researchers of the caliber of Bengt Saltin and Per-Olof Åstrand. This year it celebrates 200 years of history.
To celebrate, its Laboratory for Applied Sport Science (LTIV), Fifa Center of Excellence, just aquired SmartCoach Pro and Exentrix - probably not by chance! 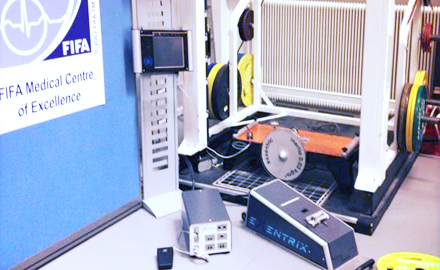 2013-03-05
The entire SmartCoach product line is now officially compatible with the great kBox flywheel training devices, already used by many of the best athletes and teams worldwide! Kbox devices will be offered as “SmartCoach-ready”, with a factory-installed sensor that can be plugged into any SmartCoach product including the SmartCoach Lite, a cost-effective monitoring solution, and the professional SmartCoach Pro monitoring system.
Read more on the official press release (in Swedish) 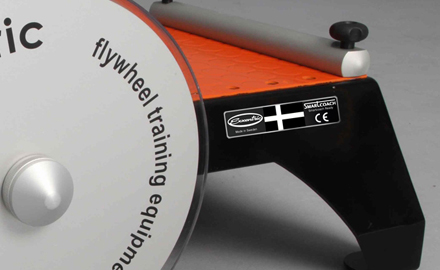 SmartCoach goes to Russia... and wins!

2013-02-04
CSKA Moscow is now using kBox to train explosive power and SmartCoach Pro to monitor their daily training schedule. Their strength coach Paulino Granero had this intuition to improve the team’s performance. And was right! CSKA Moscow recently won the Russian League. 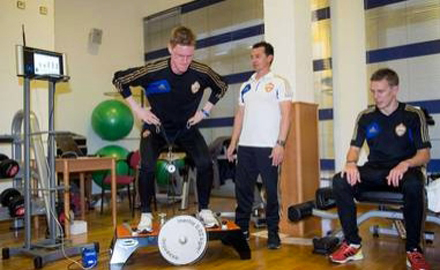 2013-01-28
SportPlus Center in Sevilla, an highly specialized training center for elite athletes and teams, is the first in Spain to introduce SmartCoach Pro for daily monitoring of its strength training sessions.

Many thanks to its Sport Director Chema Quintana Montero, innovator and good friend, for believing in our top-notch technology! 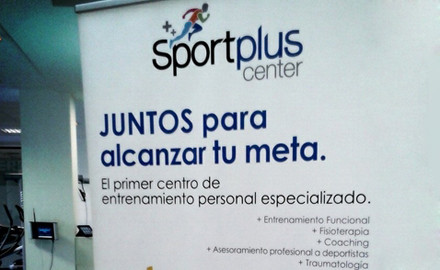 2013-01-20
SmartCoach software has further evolved with even more functionalities to be the perfect companion for inertial training devices, such as kBox and VersaPulley. The latest treat is a feature allowing the execution of power tests with incremental inertia to shed some lights about a classical question: what is the optimal training inertia? Power curves can of course be compared to assess pre/post changes, left/right inbalance, and so on. Data courtesy of bijCAS Fysiotherapie. 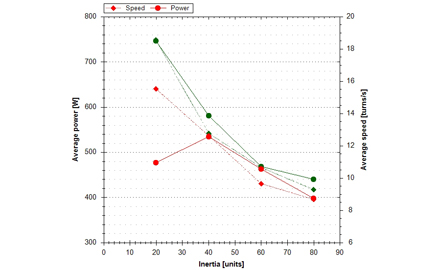 2012-12-03
The new release of SmartCoach software incorporates a unique feature to plan the target power and load directly on the athlete’s power curve. It can also calculate the load automatically based on the desired target power and training goal (e.g. hypertrophy or explosive force).
And with the new propagate function, once you have planned the training schedule for one athlete, you can propagate it to the entire team with one click! SmartCoach will take care of recalculating power and load for each player based on individual power curves and 1RM. 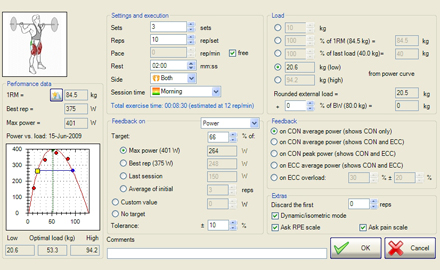 2012-12-03
SmartCoach was with Inter FC at their summer training camp. With the new SmartCoach Pro, we were able to perform power test to all the players in less than two hours. Isnt’ it smart? 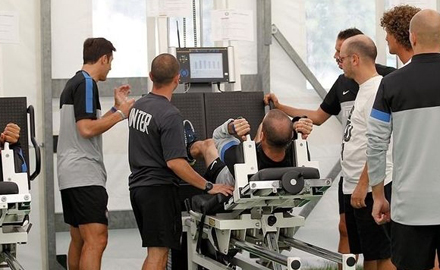